The best thing about a long weekend, is the ability to hunt on one. We decided to take advantage of Good Friday and Saturday and get after some leading edge snows. We had a skiff of snow drop on Thursday night throughout the southern part of Alberta. We decided a drive back to the area that we hunted the previous weekend.

RJ, Jeremy, and myself got our there an hour before legal shoot time. The field had some snow on it and there was NO wind. We got the set up done and we had birds coming near us, but they flared when they caught sight of the lifeless spread. We saw a field where the birds were landing on the neighbouring section. We received landowner permission and decided to move our spread there. It paid off. The wind increased and we had 16 birds down that evening. Jeremy had to drive home but RJ and myself camped out. He slept in the back of his truck and I crashed in the cargo trailer, He was colder than I was since I grabbed by ‘lil buddy’ propane heater.

Next morning regular Matt P. , and friend from Hanna Tim showed up. We stayed on the same field. We had bagged up the decoys since a heavy frost was forecast. We set up the decoys and had time to spare. The birds then decided to come visit us. We had birds coming off the nearby water and new High-Flyer birds entering the area. In the morning we shot 21. A great little morning shoot. In the evening it was just Matt P. and myself. We rounded out the evening with 10 more birds. The wind started to swirl and drop off, but we still had 8-10 High-Flyer groups descend upon us from the WAAAAAY up high. Very cool to see. The birds we shot didn’t decide to arrive till 1 hour before shoot time was over.

The weekend saw us take 47 adult leading edge snows. We had a rotary machine breakdown in the field, so we relied on our other 2 machines. The machine should be fixed tonight by Matt. Matt shot 4 birds with 3 shots. It was witnessed by the party and he was the only shooter at the time. Congrats Matt. I was able to knock down some long range birds including this little blue goose. I hit him way out with 1 shot. His wing was busted and he had about 8 pellet holes in the his chest. I love BBs and the new choke tube. This next weekend we will hit out regular hunting areas near Hanna AB. 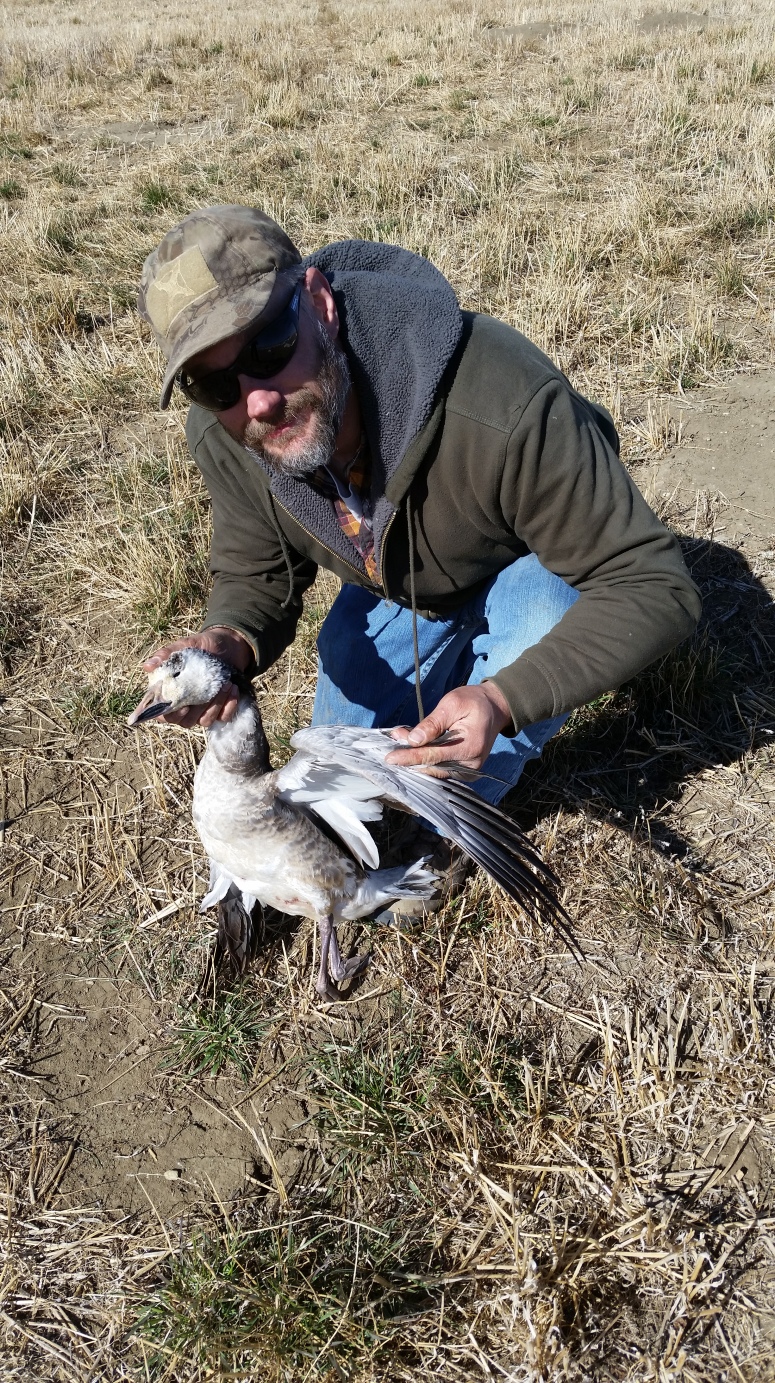