Where we hunt in Alberta and Saskatchewan, we hunt A LOT of Greater White Fronted Geese (AKA Specklebellies). They are one of my most favourite birds to hunt and they are a great eating bird as well.

The Specklebelly gets it’s nickname from the black bars that adorned their chests as they become adult birds. There is also a white patch right behind the beak of the adult bird, thus the name White Fronted Geese. I prefer Speckle-Belly or we shorten it to Specks.

My cousin Colton put me onto a promotion that Duck Commander was having, they are wanting to release a Speck call and wanted 10 people to try out their call and give some feedback. They needed people that really hunt Specks during the year. I have used quite a few entry level Speck calls in the past and have found it difficult to find a decent Speck call on the market for under $50. I must confess that I do use a more expensive call now since my experience trying to find a decent cheaper call led me to spend way more money to buy a good call. I am glad that Duck Commander has thrown their hat in the ring and is releasing this product.

Duck Commander is releasing a Speck Call this Fall. It is in their ‘Pro Series’ line. I do not have access to what their retail price will be at the moment. The product was mailed to me from Duck Commander and I started to play with it out of the box. 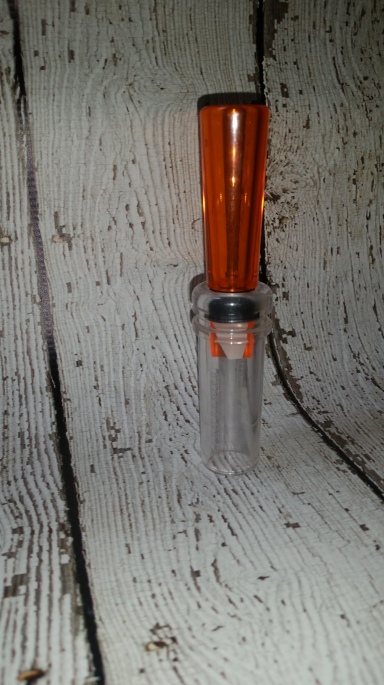 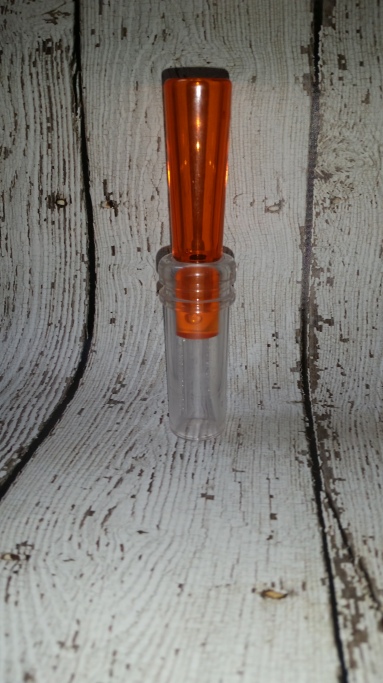 Most speck calls are shaved reed calls, they do not require back pressure to operate them properly. You must blow these calls with short bursts of air through it. When Specks call they ‘Yodel’ in a way that no other waterfowl do. It is common to hear single or pairs of Specks give One-Call. DEEE. They will also give a Two-Note Call DEEEEEEEEEE – DEEE with with first note being longer that the second. You will also hear a Three-Note call that they seem to make in larger groups DEEEEEEEEEE – DEEE – DEEE. Sometimes in videos on Youtube I will hear guys blowing a Four-Note call of DEEEEEEEEE – DEEE – DEEE – DEEE. That is a distress call that should only be blown if you are trying to scare them away. One should master the One and Two Note call if you are just starting out with this Speck calling activity. The Three-Note call is very useful when larger groups or wary groups of specks are eye balling your spread. When hunting Specks listen how they do a Three-Note call, on the first drawn out note starts a little lower then breaks to to higher pitch and the end of the first note. If done properly this Three Note can really gain their confidence and give you a chance to put some in the freezer this fall.

This Duck Commander Pro Series Speck-Call blows easy. With no tinkering it will mimic the sounds of the Specklebelly with just a few minutes of practice. One can quickly master the One-Note and Two- Note call. The Three Note Call takes a bit more effort on this call than my main calls in which I run. I like to have a distinctive break in pitch on the first note of the Three Note Call. This call will do it but the break is not as ‘clear’ as on my other Speck calls. I played around by applying back pressure to the call at the the start of the first note and releasing it off at the end of the call. This worked as a nicer sounding ‘Yodel’ came through.

The Call itself is very basic as most calls really are. The Duck Commander Call consists of four pieces as the picture shows.

The reed can be adjusted, if you do take it apart as I have done you will need to re-tune it to mimic the sounds that it made when first shipped to you. The good people at Duck Commander will have already tuned this call for you properly so I would advise that you never take it apart, just leave it together and play away with it.

My only negative that I see with this product is that it is tuned to a higher pitch. Adult birds have a lower sounding yodel than the younger birds. The call that Duck Commander sent me seemed to be tuned to mimic the younger birds. After a bit of playing with the reed I was able to adjust the call to sound more like the older birds. This may sound trivial but since I started to mimic the sounds of adult birds in my calling (just like all my decoys are adult birds) the birds seemed to finish nicer. Most cheap calls on the market sound shrill and higher pitched, the better quality calls are a bit lower.

I would recommend this call to someone who wants to start calling in Specks. One with a little practice can quickly pick up the One/Two Note calls and mimic a decent Three-Note call. This product would be a good choice for someone who occasionally hunts Specks or wants to call in ‘wary’ specks working a Snow Goose Spread. There are many lower end calls under $40 that are completely horrid. I have bought them and have had friends use them. I have usually insisted that my friends stop blowing those calls since they are painful to listen to.  I have been in the habit of handing an adequate call to them to use and keep. I would hand them a Duck Commander Pro Series Speck Call without hesitation.

The Duck Commander Pro Series Speck Call is a good entry/intermediate level call that’s quality is well above the competition’s calls. I will recommend this product to people and they should be happy with their purchase.

Thanks to the people at Duck Commander for the chance to play with and review their Pro Series Speck Call. For more information of their calls and products please view their website https://store.duckcommander.com/

In the next article  I will give some tips and tactics to use to target in on Specks during the Fall Season.