To say this was an unusual Fall would be an understatement. We were seeing local ducks and geese all over the place. We thought that this was going to a season similar to last year, a season that led to myself shooting more ducks than I ever had in one season. Not just numbers of ducks but I was able to shoot : Mallards, Widgeon, Gadwell, Blue Wing Teal, Green Wing Teal, Redheads, Canvasback, Pintails, and the most sought after prize NORTHERN SHOVELERS. I was seeing ducks all over the place so I knew something good was coming.

Through the spring my German Shorthaired Pointer Piper was killing ducks. She was going to have a litter of pups in the summer and was taking out her woes on the duck population. Piper would hit the reeds and jump them on the water. I thought of reporting her for poaching but she is too good looking of a dog for prison. Throughout the season when I would take her upland bird hunting she would get me a few ducks. Some of those ducks I wouldn’t even need to shoot.

On September 8 our season opened with a great shoot. We took 32 honkers and 24 ducks. Our opening day YouTube video shows some of the duck passes.

This was going to be be easy I thought. With all the ducks around this should be an epic season. The duck numbers looked good. I was seeing large amounts of puddle ducks in the area 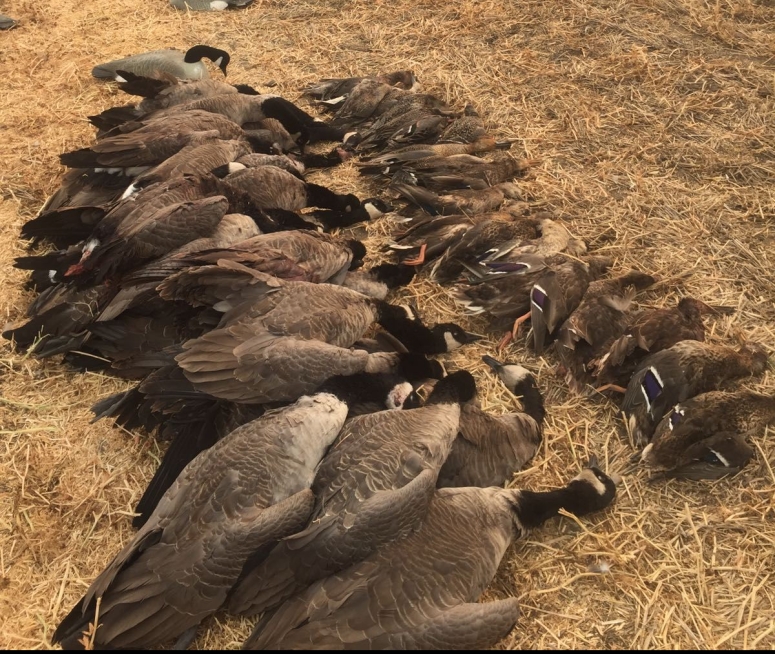 After opening day we shot almost NO ducks. Now we field hunt primarily and we target the fields that ducks and geese want to feed on. We were having geese work our decoys but the ducks would not decoy. We would get the odd curious duck but that was it.

Early season ducks aren’t much to look at. Their winter feather aren’t fully grown in. They are not young birds…they are not northern birds…they just molt during the summer and new feathers grow throughout September. Early season Green Wing/Blue Wing Teal look like this. Pintails are pretty sketchy this time of year…no they do NOT have their pin tails. One is not going to mount a September bird.

We could have changed tactics and gone to water to shoot up some limits. We did not because we had geese working our spreads. The rule of thumb is if there are geese in the field the ducks will come to join them. If the Canadas are there, then the best food MUST be on that field. The ducks did not abide by this rule of thumb this season.

I was watching a pond with close to 5k ducks on it. I watched those ducks leave the roost over the span of an hour. I was watching them all go in all different directions to manydifferent fields. This was the story of the end of September-October for us. We hardly shot any ducks even though we would see them on the roosting water.

When we went into Saskatchewan to hunt the migration birds we saw NO ducks on the water. Other hunters were telling us the ducks were stuck up north and the guys up north said the ducks must be stuck up north. It was a very warm fall again and the duckies never migrated in force. My guess is they trickled through quietly.

Not until we went back after southern Alberta honkers in November did we see ducks feeding in the fields. We shot a few on this windy day. 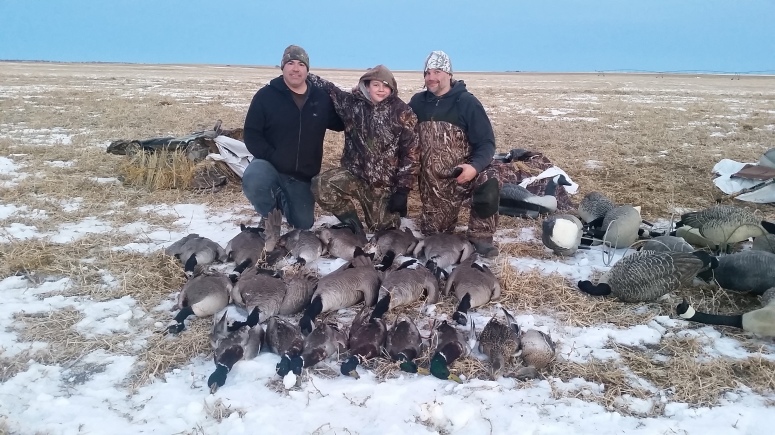 We hunted through November and into December and shot a few more. I am thinking of trying my hand at some taxidermy this winter. I was hoping to get a few nice ducks but I wasn’t feeling confident that I would have any specimens. At end of the season I was able to get a few specimens, not massive birds but pretty.

In wraps this was an odd year, lots of birds but they wouldn’t play nice. Ducks are such a fun thing to shoot in the field. If there was one disappointment this season it was that we shot very few duckies compared to previous seasons.